”A performance that enthralled the audience…. an utterly phenomenal achievement” about The Medium, Smp aug -19 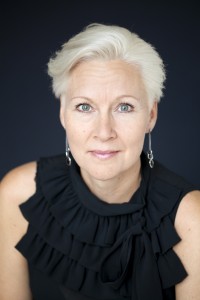 I´m a mezzo soprano living and educated in Gothenburg.
On this website you can read about and listen to examples of my work in different musical fields, most of all in contemporary music which is my speciality. Over the years I have made first performances of more than 100 works, many of those by Swedish composers.

Since 2014 am also a proud member of the Swedish Royal Academy of Music!

With my independent opera company MusikTeaterVerket I have since 1996 produced and performed operas by Sir Peter Maxwell Davies, Salvatore Sciarrino, Christian Jost, MA Turnage, John Cage and George Benjamin amongst others and on this site you can watch and hear some examples from our productions.
I also proudly present my Duo EGO, voice/percussion, we have been working since 2001 and perform several new pieces every year – concert pieces as well as mini operas, all music composed for our duo. We have also received awards like FST:s Interpretation Prize and Carin Malmlöf Forsslings Prize from the Royal Academy of Music.

In 2010 I made my début as a director with the production”Diptyk” at Piteå Kammaropera, and there after I have directed B. Britten’s Noye’s Fludde and the fantastic piece ”Green Sneakers” by Ricky Ian Gordon. I also give work shops and master classes in contemporary vocal performance.

I work closely with ensembles like Norrbotten NEO and Gageego, and my work with Sciarrino’s music has brought me all of over the world – even to South Korea! Since 2017 I run the festival NYTT together with brilliant colleagues from Glasriket, Småland.During  NYTT 2019 I hade the opportunity to give more performances of Maxwell Davies ”The Medium”, an opera role that I really love to perform!

From Januari I’m head of planning and program for Norrbotten NEO, Norrbottens Chamber Orchestra and Piteå Chamber Opera, a new and exciting adventure!

NYTT 2021 celebrates 5 years and we will give you new pieces by Anna Eriksson, Hans Gefors and Victor Varela among a lot of other interesting music in beautiful places in Småland – don’t miss this!